Magnus Carlsen achieved the rank of chess grandmaster – the highest rank attainable in chess – at the age of 13. The 31-year-old Norwegian mastermind is a five-time world chess champion and widely regarded as the best chess player in the world. He rarely loses, and that made his loss in the third round at the Sinquefield Cup in St. Louis with 19-year-old Hans Niemann one of the most shocking defeats in recent memory. However, Carlsen’s lost match is not enough to attract huge attention. He has lost on numerous occasions throughout his career. What really made this defeat remarkable was what came after. So, let us know about chess cheating.

Carlsen immediately withdrew from the remainder of the tournament. That’s not normal, especially for someone as heralded as Carlsen. He’s never left a tournament without a damn reason before.

No matter how his tournaments went, @MagnusCarlsen never quit. He must have had a compelling reason, or at least he believes he has it. Don’t call him a sore loser or disrespectful. I shall not speculate on the reasons of his withdrawal, but probably would expect TD to air them.

So, what was the reason this time? Has something happened in his personal life? Was he sick? Or was he just disappointed with his performance against Niemann?

The chess community needed to know what was going on. Everyone wanted to know why Carlsen acted the way he did. Finally, Carlsen was pressured to make light of the situation and he snapped. He didn’t give a direct answer but tweeted a video clip from 2020 of former Tottenham Hotspur manager Jose Mourinho.

After this post, the chess community was ablaze with speculation. Many believe this means Carlsen has evidence or at least believes Niemann cheated during their match.

The other grandmasters began analyzing the match to see if there was any evidence of Niemann’s cheating. Grandmaster Hikaru Nakamura, one of America’s top-rated and most respected players, created a 30-minute YouTube video offering his analysis of the match and his thoughts on whether he thinks there was the foul play between the two grandmasters.

Nakamura brought to light many of the dubious claims Niemann made about the game after it was completed. He described Niemann’s strange playing and eventually concluded that Niemann had outside help. However, the question remains. The event was streamed live for anyone to see. No one whispered in Niemann’s ear during the match. No one was seen briefing Niemann as the match progressed. How could he cheat in front of so many cameras and not get caught?

Well, thanks to a proof of concept article written in July of this year, we have the answer. In the article, author James Stanley claimed to have figured out a way to communicate with a chess engine in real time through his socks. He called the project “Stockfish” because it was a way of communicating with the chess engine “Stockfish” through his socks. What a clever pun, very deserving of a short golf clap. 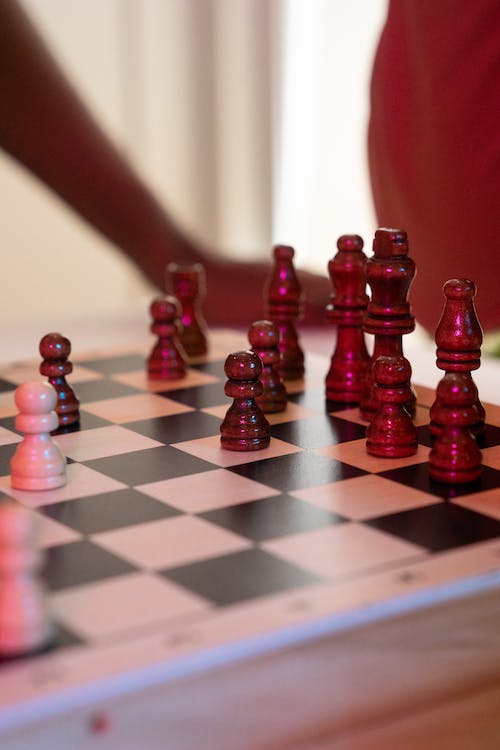 Ways he did chess cheating

Through a series of vibrations and buttons in his shoes, Stanley was able to tell the engine what move his opponent had played. The motor then sent Stanley a series of vibrations to let him know what move he should play next. Stanley explained that his legs were perfect for performing this trick because they are the only part of the body that has dexterity while still being covered. We have seen similar cheating tactics used by poker players to gain an advantage. So it stands to reason that these tactics would make their way into the chess world.

Of course, there is no direct evidence that Niemann did this. Neimann has a history of cheating in online tournaments and has since been banned from chess.com due to the current cheating allegations he is facing. I don’t think a website as popular as chess.com would have taken such a step unless they believed the evidence against Niemann was all but conclusive. Niemann was scrutinized the following day at the Sinquefield Cup.

Tournament officials found nothing. So either Niemann was smart enough to understand the allegations against him and not bring his device to the tournament that day, or nothing helped him. As I said earlier, there is no clear evidence of cheating, but when the biggest names in chess and the biggest online chess website assume something fishy is going on, it’s hard not to believe them. Follow the sports category